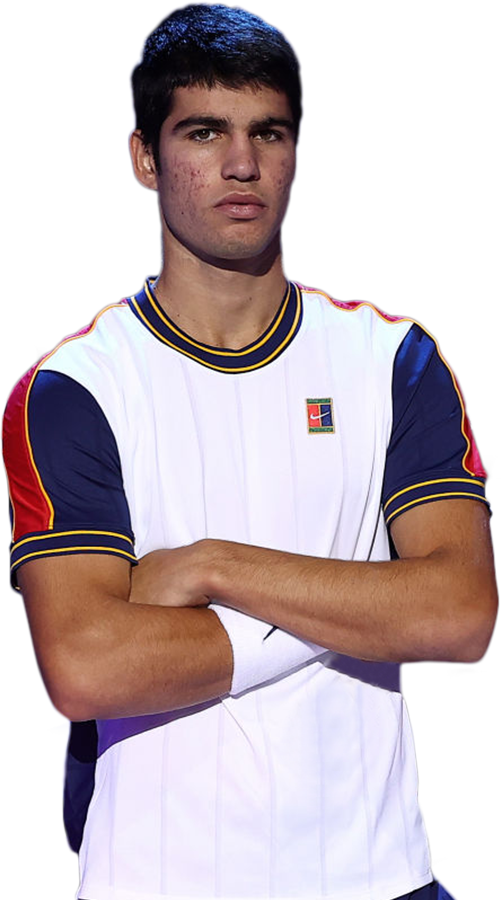 Carlos Alcaraz Garfia is a successful tennis player that is pretty much still young. Born in 2003 in Spain, he has accomplished quite a great feat, winning a number of titles like the Grand Slam and defeating top players like Nadal, Zverev and Djokovic. Carlos Alcaraz’ parents will no doubt be proud of their son. Carlos Alcaraz’ tennis professional career started in 2018.

He has 33% breakpoint wins, and 79% receive wins in his last 100 matches. He played his first ATP game in 2020. In 2021, he won his game against Adrian Mannarino in the Madrid Open to break the record of the youngest to win a match in the competition, a record previously held by Rafael Nadal.

After such an impressive performance in 2022, Carlos Alcaraz Garfia ranking was world number 1. This was the season he defeated Rafael Nadal on his birthday, Novak Djokovic and Alexander Zverev in the Madrid Open. Carlos Alcaraz score in the final of the competition left many people amazed. He defeated Zverev 6–3, 6–1.

Carlos Alcaraz results in singles events are currently at 85 wins and 28 losses, translating to a 75.2% efficiency rate. At the highest Carlos Alcaraz ATP ranking as number one in the world, we can’t do anything but expect him to perform even better in the future.

Considering Carlos Alcaraz' tennis career’s age, it’s nothing short of amazing that he currently has a total of six career titles, five of which he won in 2022. Carlos Alcaraz Garfia titles include 1 Grand Slam, 2 ATP Masters 1000, 2 ATP Tour 500 and 1 ATP Tour 250.

However, it is worth noting that the Spainaird has titles in singles and is yet to win anything in doubles. Carlos Alcaraz’ ranking in the doubles is currently No 534. You can check Carlos Alcaraz’ live score for more details about his doubles games.

Many people have compared Carlos Alcaraz's tennis playing style with that of many top tennis players. Carlos is an all-round player that enjoys an aggressive style of play in his sets in tournaments. His drop shot is a killer move, and this has helped him hit a Carlos Alcaraz Garfia ranking of world number 1. His serve speed at 150 to 170 kph has also helped him get good Carlos Alcaraz results.

Carlos Alcaraz net worth is believed to be somewhere between $1 million and $5 million. His current annual salary is a little over $150,000, but there are indications that this may increase soon, considering that Carlos Alcaraz Garfia rank number 1 in the world in 2022.

+ Where is Carlos Alcaraz Garfia from?

+ How many ATP titles has Carlos Alcaraz Won?

He has six ATP titles to his name, including one Grand Slam. You can find out the results of the games by checking Carlos Alcaraz live score.

+ When is Carlos Alcaraz's next match?

To know about Carlos Alcaraz next match, you can check this info in the Upcoming matches block.