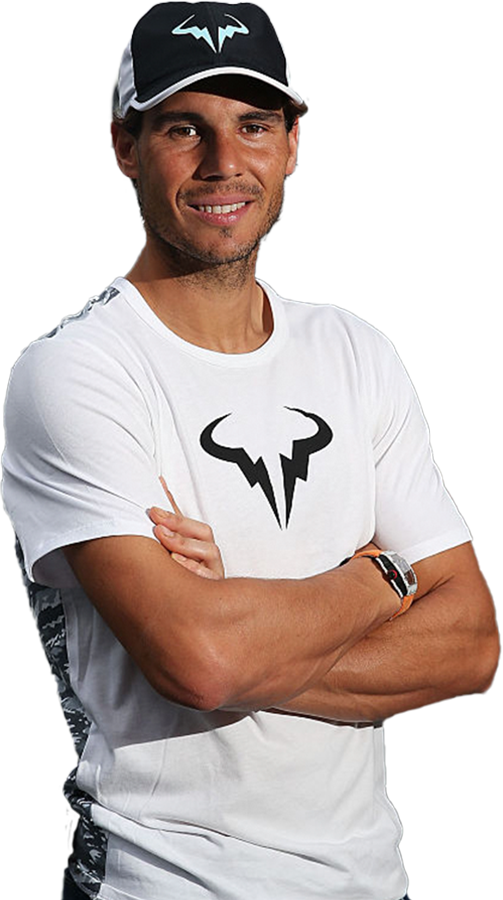 If you are an avid tennis fan, the name Rafael Nadal will not be news to you. After all, he is one of the best tennis players.

Rafael Nadal, tennis player, hails from Spain. The superstar has numerous trophies and awards in his gallery, having won 22 Grand Slams. Besides that, Rafael Nadal was ranked number one in the world three times and is known for his aggressive style, especially his somewhat unique forehand. So, it’s no wonder that the tennis enthusiasts' most searched terms on the internet are Rafael Nadal scores and Nadal stats.

Rafa, as he is affectionately known, is the son of Sebastian Nadal and Ana Maria Parera. The 36-year-old tennis player is 6ft, 1in tall and turned pro in 2001. Rafa Nadal has since won 92 career titles, making him the fourth player to accomplish that in the Open Era.

Rafael Nadal turned pro at the age of 15 years old in 2001, participating in the ITF junior circuit. However, it was not until 2002 that he won his first Nadal ATP game back in his hometown. By the end of 2003, Nadal had won two titles and was awarded the ATP’s Newcomer of the Year.

In 2004, he kept improving his performance, featuring in more professional tennis events. At the Miami Opens, Rafa played against Roger Ferderer, who was ranked number 1 in the world at the time. The fixture was intriguing as the Spanish tennis professional won straight sets, putting him in the limelight.

Despite defeating Ferderer in the Miami Opens, Rafa was eliminated in the fourth round of the competition. However, in August 2004, he landed his first ATP trophy when he defeated Jose Acasuso in the Prokom Open. This marked the first of many ATP titles for the superstar.

R. Nadal then featured in the 2008 Beijing Olympics, where he played against Novak Djokovic in the semi finals and won, and the lists showed the Rafael Nadal score of 6-4, 1-6, 6-4. He went on to win the gold medal in the tournament. In addition to the Olympics gold medal, Rafa won the French Open and Wimbledon Championships, the Rogers Cup and the Davis Cup. At the end of 2008, Nadal, ranking world number one, gained the admiration of millions.

Fast-forward to 2018, after winning numerous titles, Nadal played at the Rogers Cup and won the title in a final against Stefanos Tsitsipas. He also defended the title in 2019, winning against Daniil Medvedev in the final, with Nadal's live score at 6–3, 6–0. A year later, the Spaniard won yet another major title, his 13th French Open title. The final was against Novak Djokovic, and he won in straight sets, marking his 20th Grand Slam title. In 2022, Rafa won double career Grand Slams, putting him at 22 total Grand Slams.

Rafael had many career highlights as an impressive tennis player, and we will discuss a few below. Nadal:

Apart from winning numerous titles and enjoying some time in the world’s number 1 spot, Rafa Nadal is pretty famous for his playing style. He is an aggressive player, and his major strength is his forehand. The Spaniard is known for playing heavy topspin groundstrokes with speedy footwork that helps him cover the court quickly. Rafal Nadal, tennis player, is often regarded as a clay court specialist.

Rafael Nadal's coach, Carlos Moya, is believed to be the architect of his improvement in recent years. The 36-year-old international signed Carlos in 2016 and has since continued to play more offensively.

In this section, we’ll discuss Rafael Nadal net worth. Rafa Nadal is worth around $220 million and earns a $20 million salary annually. However, little is known about his properties, although some sources say he has an Aston Martin DBS and a Mercedes-Benz SL55.

+ When does Nadal play next?

If you are wondering - did Nadal win today? You can check out the Nadal match today in the upcoming matches block.

+ How many French Opens has Nadal won?

Nadal has won a total of 14 French Opens.

+ What tennis racket does Nadal use?

He uses the Babolat Pure Aero, believed to enhance his lethal forehand.

+ When was Nadal Born?