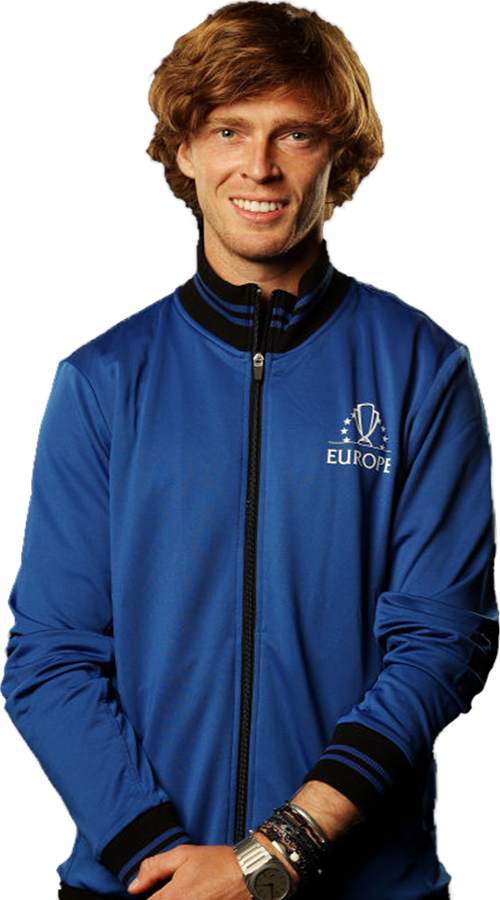 Born on October 20, 1997, Andrey Rublev is a professional tennis player from Moscow, Russia. He turned pro in 2014 and is coached by Fernando Vicente. Andrey broke into Top 20 in January 2020 and Top 10 in October 2020. He achieved his career-high as No. 7 in April 2021 following the 1st ATP Masters 1000 final at Monte Carlo. In 2020, he led the ATP Circuit with five championships and was tied for the tour lead with 41 victories, sweeping Doha and Adelaide to become the first player since Hrbaty in 2004 to win titles in the first two weeks of the season. Rublev defeated No. 3 Federer in the Cincinnati round 3, No. 3 Thiem in the 2020 Vienna quarterfinal and the 2020 Nitto ATP Finals and No. 3 Nadal in the quarterfinal Monte Carlo of 2021.

Andrey’s nickname is Ruby, and he began playing tennis at the early age of 3. He speaks Russian, English and Spanish. Andrey’s father is a former boxer and his mother Marina is a tennis coach. While growing up, his idols were Marat Safin and Rafael Nadal, whom he met in 2014 in Mallorca. Rublev’s favourite shot is forehand. He was named ATP Most Improved Player of the Year in 2020 after jumping from No. 23 to No. 8 in the ATP Rankings. His hobbies include boxing, basketball and music and his favourite NBA team is the Golden State Warriors.