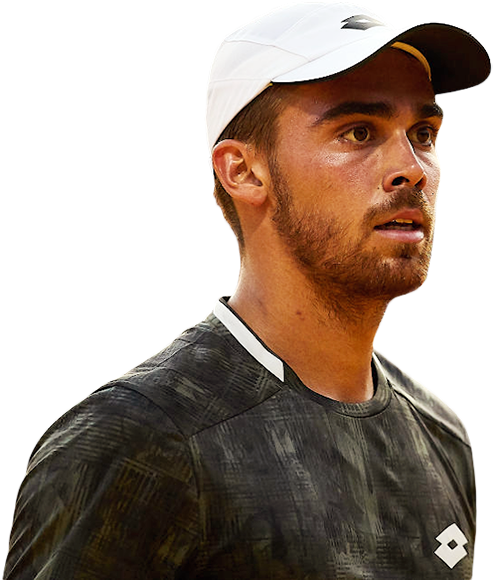 The French tennis ace Benjamin Bonzi started playing the sport from the age of 6. It was his zeal to defeat his cousin that drove him towards this play. Things worked out well for Ben, who lived just 3 minutes away from a tennis club. While he casually played here regularly, his professional training began when he was 14 years old. This was at French Tennis Federation (FFT) in Paris.

In 2014, he held the World No. 27th position by grabbing the Roland Garros boys’ double title with Quentin Halys. This ended his junior-level career and paved the way for his senior professional titles. Moving ahead, he qualified for Wimbledon in 2018 and the Roland Garros tournament in 2020.

Further, he also completed as Challenger runner-up in Drummondville in 2018. He attained the same feat at Bengaluru in 2020 and Istanbul in 2021. As of February 2021, Benjamin holds the 125th position globally, which is his career-high rank.

Bonzi’s favourite athletes include Roger Federer and Lionel Messi. Although he is a tennis player, he is an avid fan of football too.

Regarding his personal life, Benjamin started dating Maria Sanchez in 2011. However, the two had known each other before that since Maria was close friends with his sister. Further, she even became close to the entire Bonzi family as time passed by. After being in a relationship for four years, Ben finally asked her to marry him in 2015. The couple has announced their wedding, and they are ready to tie the knot on June 19, 2021!